A violent way to roll dice

When your hand isn’t enough, sometimes you use a dice cup. If that isn’t working, sometimes you get a dice tower. But what if the other players will siege your tower? What if your dice rolls need to be accompanied by war shouts and mayhem? I give you Jorg’s Hammer, created by reddit user wedontknowgames. Here at TPK we’re solving problems you didn’t even know you had. 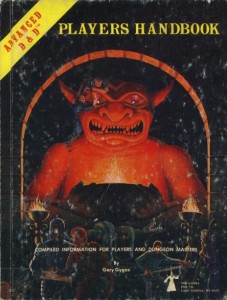 That means that people have been playing D&D since I was negative ten years old. Which is crazy. Real D&D anniversary post on Monday, but in the meantime, congratulate them on a job well done and listen to Ed Greenwood talk about stuff.

Finally, an actual blog post, easily the best post I read this week. Andy Click writes about how and why a player might exit a character, and how to do so gracefully regardless of the reason. It can be a tricky transition, but Andy offers some really solid advice.

Anyway, come back Monday for a post on the D&D anniversary, and next week for something something love and Valentine’s day. I’m looking forward to it. Once I’ve written it. If you’re looking for a next stop, check out Woot Suit Riot, the Youtube channel where I vlog, play games, and make music noises. Yesterday I sang a birthday song in the freezing cold for Kidsability, a nonprofit that gives support to children with special needs.