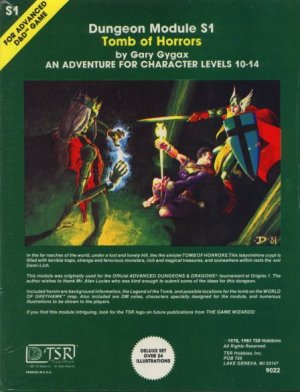 END_OF_DOCUMENT_TOKEN_TO_BE_REPLACED

It is late Sunday night, and I just got back from a five day conference. Also, Headshots from the Heart is this week. Oh my. So here’s a post from Legends of Madjan’s adventure log. Look for more wiki updates in the coming months, both from Ilderan Tales, and Ryan’s game Vale Tales. Exciting!

END_OF_DOCUMENT_TOKEN_TO_BE_REPLACED

Adventure modules have been a mainstay of roleplaying games since the beginning, but often get the short end of the stick. An important part of any system’s business plan, they allow designers to expand on and create ready to run adventures in a setting, and give the company a means of income that doesn’t rely on producing more sourcebooks (and thus more rules). But almost none of the groups I’ve played with use them, and I get the sense that’s more and more often the case. People are creating their own adventures, which is awesome, but I think there’s a lot of merit to modules.  END_OF_DOCUMENT_TOKEN_TO_BE_REPLACED