This is a bit of a trick question, and I like it that way. The straightforward answer is usually “To accomplish goals X and Y that I set above.” After all, more heads are better and help is always welcome, right? But this is an answer that creates more questions than it answers. Why this group of people and not some other? Will the character stay with them until their goals are complete, or do they have some other tie to the party? Truth be told, this is one of those questions I’m still debating on using, but I like that it encourages people to talk with each other and coordinate their characters rather than creating them in isolation and then cramming them all together. It also tends to weed out characters who are lone wolves, a personal pet peeve of mine (though occasionally cool), by pushing them to have a reason to hang out with a group of misfits and killers.

It’s important to me that everyone be able to give a good answer to “Why am I with these people?” In the context of the game world, these characters are trusting each other with theirs lives and ideally forming meaningful bonds with each other. If a player can’t answer this for their character in a way that’s meaningful, it’s usually the first sign of disengagement, and it’s something I watch for. Sometimes it leads to them retiring their character, but sometimes we work together to find out what they’re looking for in the game and not getting, and it works out.

17. What strengths do you bring to the party?

Unlike question 16, this one is entirely straightforward. I like players to put it in writing for the same reason that I like alignment. It gives us something to check against. if Snorri the Ranger brings tracking, wit, archery and his expertise with animals to the group, and three sessions in he’s a buffoon who couldn’t hit the broad side of a barn, track a giant through a muddy field and is continually being thrown by his horse, there might be an issue. Might be, not always. Unfortunately in 3.5, there are a number of trap options, classes, feats, or abilities that, while they look really good on paper, aren’t actually that good. There are classes who underperform at their specialities, and the last thing I want is for a player to get stuck in a place where their character is bad at what they want them to be good at. This question gives both of us a chance to reflect on what they’re really looking for, as well as what they feel are the genuine strengths of the character. Hjordis the Bard might not count archery or swordplay among her skills, but highly values her empathy and moral strength. It essentially gets the player to set a standard that we can both work around.

18. What do you hope to gain from being in the party? 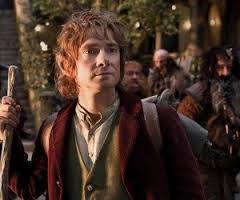 Fame and fortune are the usual answers. Sometimes a sense of purpose, depending on the character. the obvious ones are “To kill my enemies and elevate my allies,” and I’m still hunting for a way to ask this question that gets people to think a little broader in scope. What Bilbo gains from his travel with the dwarves isn’t just a buttload of treasure (several butt loads, by strictest measurement), he learns about his courage, gains a sense of perspective, sees the world, takes responsibility, and begins to live a life his neighbours couldn’t even imagine. And this was from a gig he got hustled into by a wizard.

Being in an adventuring party is like going on a long road trip, in some ways. You don’t always go into it with clear material gains in mind, but you hope to be enriched by experiences, try strange new things, and pee off bridges. Or something. Sometimes you have a thing you want to do on the trip, like mess with a dragon, meet a princess, or get in a cart chase. The party can help you do these things. Also, now I want to write some “An adventuring party is like” posts, only every one is pretty different. Hrm.

But that’s the 20 questions. Eighteen plus one about local history in my setting, and one about a name just for fun. they’re still a work in progress, and I’ve been puttering with ways to revise them and make them clearer, but I find that they’re really useful prompts for both me and my PCs, and help set out some expectations and provoke some ideas, especially for new players, so we don’t wind up with Ted O’Cleric who heals and is also a cleric (though Ted is a really great guy). What tools or prompts do you use to help your players develop their characters’ backgrounds, and how have they worked for you?