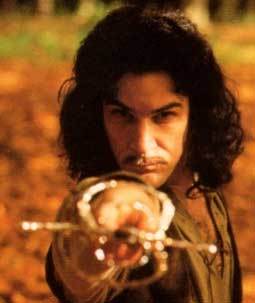 It’s time to break down a bit more of the 20 question background. I’ve spent a lot of time talking about goals. What goals are worth having, different kinds of goals in gaming, and the distinction of goals and dreams. This is a bit of all of that, but the role of goals in the life of a PC can’t be underestimated. We like to think of them as adventurers with good hearts and unclear goals, but goals can tell you a lot about who a person is by telling you what they want.

10. What are two goals that you have? 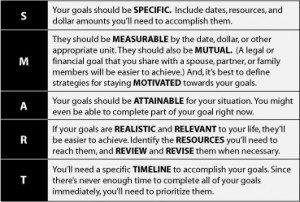 This question usually garners a short answer, which is why I added a second question to get players to expand on what really matters about their goals. I try to encourage people to use the SMART guidelines for goals, because it puts things on their character’s plate which are achievable, rather than goals like “Adventure” or “Seek my fortune” which aren’t so much goals as dreams. It’s like setting your goal as “Be happy every day.” It’s an awesome thing to do, but doesn’t say anything about how you’re going to do that. Goals need to be measurable to be real. “Revenge myself upon the six-fingered man who killed my father” can lead to a scene of triumph as the character stands victorious over a perforated corpse.

Here’s the big one, not the what but the why. Why does ascending the Mountain of Vicious Night and hoisting the Kumquat of Acuity high above their head matter to your character? Are they going to use it to cure their mother’s cataracts, or pervert its powers to curse a village straight into bifocals? This question is a chance to tell a story about what a character wants and what they need. 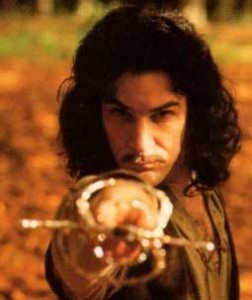 For a GM, this creates opportunities for adventure hooks and helps the GM understand what kinds of things a PC can be tempted with. If they’re trying to amass enough treasure to bail their father out of prison, then they’ll be more attracted to lucrative adventure than missions of mercy. If they’re trying to redeem a past wrong, it’ll be the other way around. It helps the GM create hooks in a way that means the PC is more likely to bite, which is really what everyone wants.

For players, having clear goals helps you set the terms of adventures. It says “Here is an adventure or series of adventures I want to have.” You can even set up parts of the setting and some of the characters you want to have involved in this space. Maybe there wasn’t a Kumquat of Acuity until you wrote about it in your background, but there is now, and your character needs it. It can help set the tone for what you’re looking for in the game, and helps add genuine depth to your character. “Looking for adventure” isn’t really a motivation, it’s like looking for a job or getting in shape. The really interesting parts are buried in what you’re willing to do to accomplish those things, why you’re doing them, and how you’re planning on getting it done. Everyone in your party is looking for adventure, so these questions are a way of making your adventuring goals stand out.

Clear, concise goals can be a great asset for a character. I ask for two because if there’s only one, I’ve noticed there’s a tendency to fixate on that goal to the exclusion of all other things. Most characters have way more than two goals, but having two that contribute to who they are creates a space for making interesting choices and creating tension between them. What are some interesting goals your characters have had?