It’s the 10th anniversary of Opportunity! That little rover has been running around Mars for ten years! That’s a whole other planet! For weird space things, art things, and other stuff you should check out the Concept Crucible Hexup, though you should not do so until partaking deeply of the gaming articles contained herein, which include history, advice, and lessons learned from World of Warcraft, that MMO that everyone played for too long (if you’re still playing World of Warcraft, you’ve also been playing it for too long).

There’s a great blog post over at the GI Janes about the trepidation people can experience when playing games, and how gamer culture can push people out through discrimination and other forms of grognardery. Everyone who enjoys games is a real gamer. Board games, tabletop, even my mum and her hidden object games. Being a gamer’s a big part of my identity, but it doesn’t hurt me to know people have totally different interests than me while sharing that part, it empowers me. It should do the same for all of us. 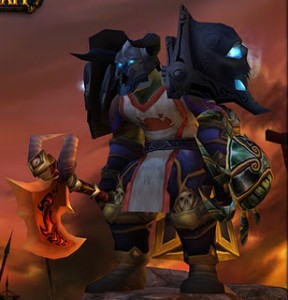 I played World of Warcraft off and on for five years, probably too long, but I did learn a bunch of things from it. There might be a post in that some day. Until then, there’s this post from Lifehacker detailing six really important things you learn while playing World of Warcraft, from how to sell things to why you should make things work for you.

One day you grow up. You have a job, a life, responsibilities, maybe even kids. You move. You go to school. You sit on boards, volunteer or have a bunch of side projects. All of these things can impact your gaming, and Andy Click at Illuminerdy talks about some ways you can cope with your ever-encroaching adulthood.

There’s a new Table Top that very nearly wound up being our video feature this week, except there was something even more awesome. Still, watch Wil Wheaton play Ticket to Ride: Europe with awesome people like John Kovalic.

We may write posts on using history in D&D, but recently someone went further. Here you can see the history of D&D itself in twelve treasures from its origins. And by origins I mean the seventies. Scraps of paper, old maps and adventures, and plenty of imagination: the real things the hobby was built on.