It’s the last day of the year, so it’s time for a year in review. A lot of ground has been covered, so I want to go over some of the highlights, and what I hope to accomplish in 2013.

Back in April, I wrote about trust. How to build it, how to use it, and its relationship with  tension. Trust is one of the most important things a GM can have on their side, because it covers your butt when you have to play things fast and loose. It also means that when you put pressure on PCs, whether through combat, challenges, or relationships, the players trust that you’re not painting them into a corner.

2012 also saw the inclusion of writing from my players. I started a D&D game, and every session my players began submitting reflections, introspective looks at their character’s experience during the session. They’ve also been keeping an adventure log, a chronicle of the party’s journey, such as it is. I love the way roleplaying games can motivate people to be creative in other ways, and I look forward to posting more of these logs next year, as well as some other projects I’m working on.

August was a month about motivation, inspired by a question from the GM of the Essentials game I play in. I talked about it from the GM perspective, where you need to know who you’re motivating and how to get them moving. I also approached it from the players’ side, hitting some themes that might motivate their characters. Often it’s not a matter of explicitly appealing to one character or another, but of framing a hook in such a way that it hits the right notes with each of them. As I mentioned in Asking and Telling, it takes a light touch, but when it works, it’s a beautiful thing. 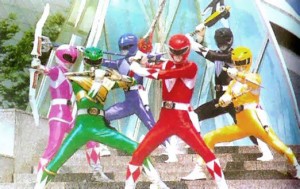 Over the last month I’ve been talking about heroes, and how heroic characters fit in with a party of people who are essentially mercenaries, cutthroats, and bastards. My approach to heroes is value-centric, because explaining a character’s motivation in terms of their commitment to some value, rather than appealing to an abstract notion of good and evil, makes it more accessible to everyone else, and opens room for negotiation. It’s hard to talk about whether some action is “More good” than another. It’s a lot easier to talk about whether it’s more just, or more compassionate, and why. I’ve also been using this as a vehicle for talking about some of my real life work in ethics, and how we can apply ideas of heroism in a more applicable sense, over at Concept Crucible, my blog about ideas.

The Loniest Wolf that Ever Did Wolf

The Loniest Wolf that Ever Did Wolf was the most popular post of 2012, which I think is both awesome and hilarious. It’s an idea I’ve been bandying about for years, and was going to be the start of a wider “Good Idea, Bad Idea” series that I’ll push to continue in 2013. Apparently a lot of people have had the lone wolf antihero experience from one side or another. It’s probably one of the most challenging character archetypes to play in any roleplaying game, I think.

I have a lot of plans for next year, some of them better formed than others. Here are a few of them in no particular order.

Finally, thank you. Thanks for making this a great year, and helping me have a good time writing about something that I’m really passionate about. games are an incredibly important way of showing who we are, roleplaying games more than most. I look forward to sharing more best practices, and really, more of myself in the new year. Here’s to a great 2013!