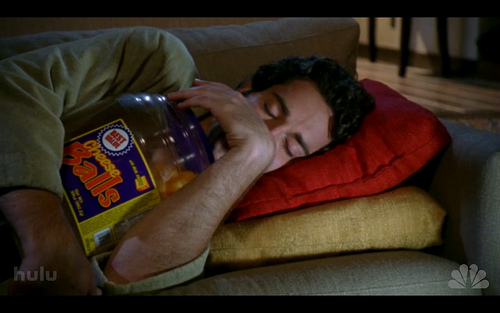 This is the post my dental horror kept me from writing, the one I was really looking forward to. I’ve been running rpgs for twenty years now, from my secondhand copy of Darksword Adventures all the way to my playtest game of D&Dnext. I’ve run live-action games, story games, adventure, horror, and mystery. It’s given me plenty of time to take risks, and plenty of time to make mistakes. So here’s a lightning round of things I wish I’d known when I started.

It’s not my story

I already talked about this in the post about how it’s not your game, but the point stands. When I started I had a story and a direction. I wanted everyone to take the cue from that and wander along. Looking back, the worst part of it isn’t trying to break players for bucking that, it’s when they don’t at all. They just wait for you to feed them this story convinced that they’re powerless in the face of it. It’s not my story. It never was. It’s our story. We’re making something together, and I wouldn’t have it any other way.

Baseball is fun, but it’s also work. Even in the most minor of minor leagues, you can’t just show up to games and go home. You have to come to practices. You have to take care of your equipment. You have to keep yourself in such a shape that you can catch a fly ball without being encumbered by your waddling corpulence. Even the nerdiest hobby takes work. Miniatures need to be painted, Magic decks need to be built, cardboard standups of Wil Wheaton need to be seductively lacquered. I wish I’d understood that doing the work surrounding the hobby is as important as the moments of play. The game gets infinitely better when you’ve done the background, and this doesn’t just go for GMs but for everyone involved. 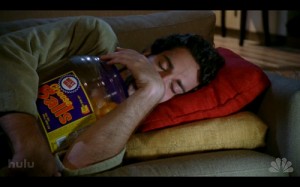 Anything can be an adventure. Going to the store can be an adventure. Going to the bathroom. Sitting on a couch. Find out what the objective is, and then add complications. Want to stay at home on the couch? What happens when you face the insurmountable challenge of running out of Cheetos?  That gets epic. Creating an adventure isn’t about imagining a grand arc, it’s about complicating how someone gets what they want. At that point the story comes from their decisions, rather than from outcomes you imagine.

Self-reflect. Know what matters to you, particularly when it comes to what you’re willing to give players a hard time about. One of the things that fascinates me about D&D is the resource management, the precise relationship between preparing supplies and using them, so we track things like food, horses, encumbrance, and arrows. I bust people’s balls about it, and it works because I can explain why. It’s about resource management. I’ve played in and run lots of games where we just don’t care about those things. And that works just fine. What matters is knowing what’s important to the GM, and being able to get at those reasons.

I wish I’d taken more risks. I think we all do. Few people look back at the past and say “Man, I really wish I’d played it safer.”  In the past few years, I’ve made a point of nudging players out of their comfort zones. Whether it’s getting the non-writer to write a background or having the fighter experiment with spellcasting. Playing around with tense topics around love, family, religion, and politics, and otherwise throwing hard situations at the PCs. Sometimes it makes things stressful. More often than not they rise to the challenge. That’s part of why I love working with new players, because they have all this untapped potential without any conception of where their boundaries are. I’m not saying it always works out, but when it doesn’t there’s a lot of opportunity for discussion.

There are lots of other things, but these four would have vastly improved my gaming experience at an early age. What tips would you give 15 year old me?

Also, you can now gaze upon Ryan and I in all our poorly lit glory, because every month we’re putting out a video over at Woot Suit Riot, where things are happening and awesome. You can look forward to that on the second week of every month except when Ryan’s relentless pursuit of a higher degree interferes. Speaking of higher education, next month we’ll be talking about what it can do for your game! See you Monday!