The Mayline, The Witch, and Their War Dwarf 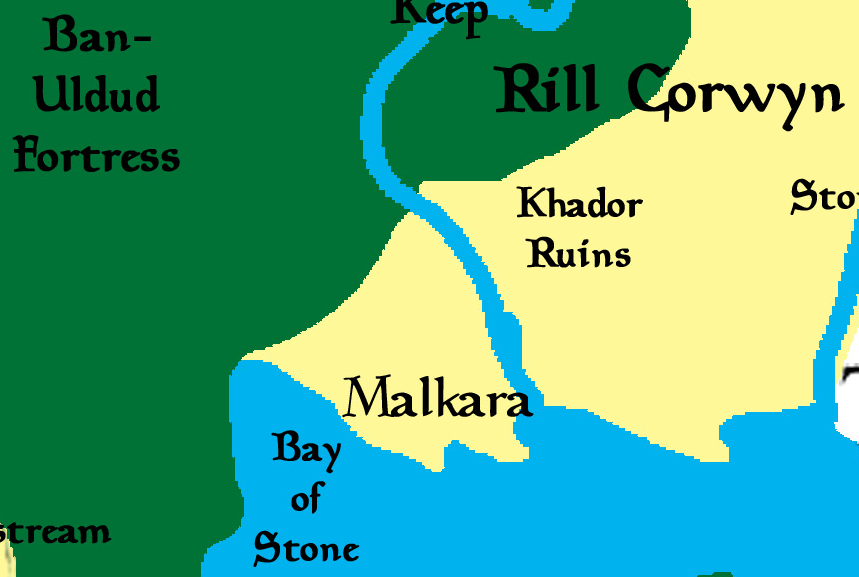 This morning’s wiki update comes courtesy of Legends of Madjan, my livestreamed D&D game that will now be carried on Woot Suit Riot. It’s been a while since I posted an adventure log. Today’s post was written by Rob Stea of Intelligent Designs, a good friend and amazing artist who just got married!

A single moment is all it takes to change the course of everything. One action, one movement, one decision, all taking but a moment…

In a moment, Elias had kicked down the wooden door, splintering it off its hinges and sending it crashing into the room. The handle ricocheted off and flew in an unknown direction, barely noticed by the two occupants: Erik Mayline and his grandmother (affectionately known as Nana).

Battle ready, Elias steps in, and instantly meets the steely gaze of Erik, who unnervingly makes no motion at his presence. As Winifred and Spooks climb in through the window, Elias levels his long sword. “Where is the woman, Erik?” With this, Spooks drops from Winifred’s shoulders and tucks himself up a coffee table, readying his attack.

Nana, who had been previously setting the table for afternoon tea, sets down her cup and responds “You stay out of my grandson’s business!” and with that, murmers ancient words causing herself to suddenly split into six mirror copies, each of which standing ready to defend her various curio cabinets and sundries from the interlopers. Now drawing his sword and readying his giant spiked shield, Erik moves himself between Elias and his Nana. “You better get out of my grandmother’s house” he threatens, and in that moment Danov the dwarf comes out of the back room, not sure of what is happening, but ready to fight to the death for Erik he readies his own shield and Dwarven battleaxe.

“Tell us where the woman is” calls Winifred, her own axes drawn and ready to fight. Spooks darts out from under the table and rushes under the legs of Erik. Erik takes a swing, hitting him clean with his sword Undaunted Spooks makes for the doorway to the room Danov entered from, turns on his paw, and blasts the trio with a cone of frost and ice, signaling the start of the battle.

Elias rushes forward and cuts into Erik with his mighty sword, while Winifred takes two mighty swipes at both Erik and Danov, of which only the dwarf is quick enough to avoid. Nana continues casting in the ancient language of Draconic, leveling a finger at Spooks and uttering the dire word for “pain”, which causes him to buckle in agony. At that moment, Erik also begins casting, and effect is gruesome: the blood begins to seep from his veins and travel the length of his sword, crackling with electricity as it goes and imbuing the sword with such power that when it comes crashing down on Elias it breaks through the defense of his shield and sends him staggering back in a blast of char and pain.

In the commotion, the group’s own casters enter: Corrin takes up position behind Elias and uses his healing belt on him, while Boba rushes to a position behind Winifred and uses his own spells to enhance her defense. Reacting to the sounds of heated battle, Saena also enters the fray, and blasts Danov with a bolt of lightning. At this point, Spooks has positioned himself further into the back room, and is cautiously waiting attack, when suddenly an arrow from Shyama’s crossbow whistles across the room and deflected off the Dwarf’s shield.

The mirror clones of Nana, each one shifting and materializing to confuse the group, all stop and stare at Winifred. As before, they point an evil finger to her and cast the same pain spell, causing her to cringe in anguish. Steel willed, Winifred continues to fight, barely dodging the electrified and now flaming sword of Erik Mayline. Sparing no time Elias, freshly healed, vaults over the table and plunges his sword into Nana – but only managing to take out one of her clones.

Her vision blurred by the pain of the spell, Winifred renews her attack against both Danov and Erik, and while she strikes the battle mage, Danov still manages to knock her attack away. The same is true with another bolt loosed by Shyama, but neither he, Erik nor Nana are able to avoid a crackling blast of lightning from Saena, who has moved closer to the combat.

Despite being hampered by another cone of cold and ice from Spooks, Erik sets his rage upon Winifred, who is too wracked with pain to get clear in time of his horrible crackling and flaming sword, which he proceeds to plunge deep into her chest. Her pierced body broken, Erik kicks her to the floor, standing over her. Without concern fro his own safety, in an instant Boba rushes through the throng, avoiding the swing of both axe and sword, and uses his magic to bring Winifred back from the brink of death.

Elias manages to cut through two more of the clones as a burst of colour and light from the fingers of Corrin sails through the room and hits Danov in the face, blinding him. Corrin then casts invisibility on himself and gets into another combat position while Winifred, still shaky from her wounds, manages to slice into Danov. As another bolt of lighting is cast by Saena, Shyama takes advantage of the Corrin’s spell and stabs Danov in the kidneys, causing him to finally begin to slump in pain.

From the next room, Spooks leaps up onto the table and then to the face of one of the Nana’s scratching and biting until she disappears, revealing herself another clone copy. With resignation, the remaining pair of Nanas back into the corner, whisper new words, and bring forth another copy to defend. Erik, realizing his grandmother is in the corner and his ally is badly wounded, turns to help, giving Boba the advantage needed to strike low and gravely wound Erik. As Erik crumples to the floor, Boba moves in and in one swift moment has sent his sword cutting down through the mage’s neck, killing him.

The air in the room becomes noticeably cooler as the Nana clones stop their shifting and moving and stare down at their fallen grandson. When her eyes raise again to the party, the cautious bemusement and focus that was once there is gone, leaving only cold, blind rage. Nothing seems to distract her now, not Elias moving into the back room, nor Winifred attacking Danov, and as it seems that she is about to charge one last, final attack, Saena expertly steps in and blasts her with a massive bolt of lightning, sending her back into the wall and leaving her a smoking heap on the floor. Spooks casts a cone of ice directly at Danov, which causes him to also fall to the ground.

With the core of the battle over, Saena moves in to restrain and gag Nana, who dies shortly afterwards from her wounds. Elias removes the hood from the woman, revealing her to be Malia, and he uses his own healing belt to heal her. In the commotion, it is revealed that the Draconic pain spell is still in effect, and that Winifred and Spooks have been fighting through it the entire time. Using all the group’s enchantment and healing devices, all but Elias, Shyama and Corrin rush to the Temple of Serik to try and find a healer to break the enchantment. With one last healing spell from Boba, they break away from him and rush to the temple, but luckily the spell wears off before they arrive.

Meanwhile, as Elias and Corrin are tending to Malia, Shyama moves to check on Danov, who surprises her by jumping up and leaping out the closest window to the street below. Shyama takes chase and attempts to fire an arrow at him, but it glances off his armour and, badly wounded, he manages to stumble his way onto the street and away from the heroes.