The Essentials of Friends and History

Once again, we’re back to break down the 20 question background, with an over view of those concerning history and friends.  Each question isn’t just something requiring an answer, but an opportunity to tell a story about your character, and these are some of the most critical ones.

4. What are five things about your history or personality that are essential to getting to know you?

The importance of a character’s history is obvious, but the key here is that they’re essential  to getting to know them. Five can be a tough number, but think about the kinds 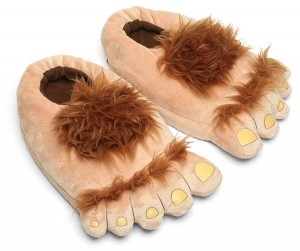 of things someone would need to know to really get you. They’d need to know your values, about the things that you love, and what you do to get by. How do you feel about family? What makes you special? Everyone has different things they think are necessary, so everyone takes the question in a different direction. Why you choose the answers you give says as much about the character as what the answers are. Once you have the five things, tell a story about why it’s important. Maybe their self-consciousness about their big feet is important because their murdered lover used to tease them about it, and it brings up painful memories. Or they might dream of opening an item shop one day, and retiring from the adventuring life. Start by creating the things that are important to them, and a lot of the rest will fall into place.

5. Who are two people you consider friends?

This question is a ringer, of course. In one question, invent two other characters who inhabit the world. Still, it’s a great way of ensuring that your character has some ties to the setting, and means that you as a player get to set the terms of those relationships, not to mention adding two characters to the setting. It’s also important to have friends outside the party. Maybe they’re other adventurers, war buddies, people your character grew up with or went to school with. They do more than provide a means of grounding your character in the setting, they can ground them outside the adventuring world, that context where you sleep on the ground or in a bar, and are in basically perpetual fear for your life.

I broke up the friends question into three because friendship is complicated, and so it would give people an opportunity to really dig into it. There’s no need to try and tell the entire story of a friendship in a single paragraph, so instead we frame key moments and reasons. The night I met one of my best friends, I had been thrown out high school for the second time, and he had rear-ended a cop. It was also my sixteenth birthday. The first few moments of a friendship can do a lot to set up the story of their relationship, so make it specific and personal. It’s an invitation to tell that story, rather than merely answer.

Maybe one of your friends is Cedric Bottomfoot, master of Rump Fu, whose behind has broken both walls and hearts. But earlier, you mentioned that your character doesn’t like big butts. No lie. So why are you friends? Surely Cedric has other interests beyond butts and the use thereof. Maybe you both enjoy baking, and bonded over a particularly excellent pie, or your character respects him as a martial artist, and has since you saw his Bonecrusher Buttslam shatter an opponent in the arena. The story of why you’re friends is as integral as how you met, and often moreso.

So now we’re up to seven. For the previous three questions, wander over here. You can find a full overview in the 20 Questions post, and an example of my own answers for a character in this total copout post I put up after finishing my thesis. I’ll see you next week!