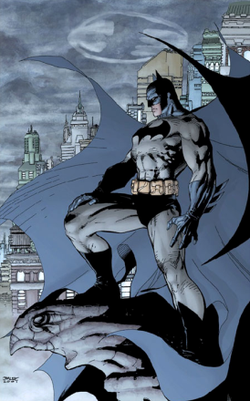 Remember, when failing a blogging challenge, it’s important to fail it as much as possible kids. No, really I’ve just had a lot going on and had trouble finding my focus. I even gave Ryan the month off intending to tackle the challenge head on. That was, in retrospect, not a great plan. But I’m back, and we’re good to go with another TPKtalk! 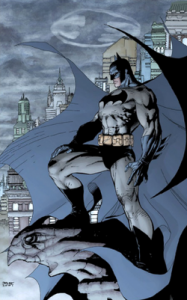 The humblest of bundles

I don’t want to promote the Humble Bundle every week, but I mean come on, it’s Batman. Also, this week’s Humble Bundle features Arkham Asylum and Arkham City, along with a bunch of other games which are great but that you don’t care about because BATMAN. Did I mention that our Batman video comes out on Wednesday? Unrelated. I promise.

Have you ever wondered about the nitty-gritty of selling magic items in a fantasy setting? I have from time to time, and so has Mike over at Campaign Mastery, who provides an extensive analysis of fantasy economics and magic items.

No, this is not a blog post about the mayor of Toronto (topical hit!). Reality Refracted asks the question “How much do you allow tweaking at your table?” Minor changes to characters within their first few sessions are inevitable I think, as people settle into the role. Go and add your two cents to the discussion!

Because reasons. Although really, what would surprise your PCs more than a Halloween session after Halloween? In seriousness, I love doing themed sessions, and Halloween is probably my favourite because I can make people cry without getting in trouble. Gnome Stew has a great post on how to integrate a Halloween session into your regular game that I couldn’t resist including.

We do love Ze Frank, and so today I want to finish up with a video of his where he gives some great advice on brainstorming and generating ideas.

Send us your interesting gaming news and fun videos by tweeting at #TPKtalk!