At My Table: We Think About Roles

I think everybody’s thinking about roles in some way or another when they come to the table. But how we think about roles is going to be as important as what we think about them. Today I want to start by talking about how I encourage people to think about them and why I do that, and over the next few weeks I’ll talk about how roles work in some other games, and whether they work well or not. 4th Edition D&D focuses on roles, and that’s something worth talking about, but first I want to get through what roles mean. 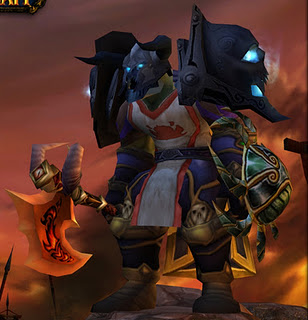 First off, what do I mean when I say roles? Essentially, I think a role is a skillset, and taking it on means wanting the group to rely on your to perform that skillset. This is true in World of Warcraft, where occupying the tank role means managing enemies and keeping their attention, and it’s true in the real world. Taking a role on the health and safety board at your work means you’ll be relied on to know and do things related to workplace safety. Roles create expectations by making our commitments public.

In 3.5 D&D, which is mostly what I run these days, I’ve segregated it into five roles. Things like tank and healer don’t really function within the D&D ruleset like they would in WoW, but people often bring those archetypes to the table, which can be less helpful sometimes. 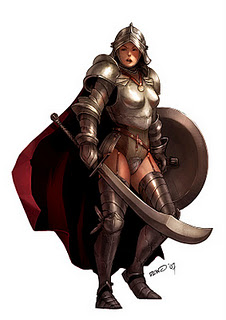 The first thing I encourage people to do is to occupy more than one of these, and to at least be able to dabble in a third. This is usually useful from a min/maxing perspective, in terms of creating more versatile characters, but more importantly I find it makes the game more fun because your character has more than one way of participating in a situation. Ideally, you want to make a character such that there’s few places in the game where they’re required to sit out. This enables the player to make a choice about when they want to take the backseat to other characters, because spotlight should be shared, and that choice is actually meaningful, rather than them just not being a consideration. It also allows them to contribute, and the party as a whole to better cover their bases.

But the most important thing about how roles can make the game more fun is that they allow you to establish a metric of expectations. We already do this, but thinking about the roles in this way allow for more uniform judgments. For example, if I want to make a hard-hitting knight who inspires other people around her and is skilled at handling people in crisis situations, then it seems I could say that I want to focus on Melee Offense and Urban Skillset, and dabble in Tactical Support. Once I adopt these, I can work to make a character who expresses these values mechanically, and it establishes some metagame goals about what I want to do. Mechanical choices will  be better or worse for me based on what roles I want to occupy. Furthermore, during game, I can check how I’m doing against those roles, and see how I could do things better.

There are things which aren’t roles, which we sometimes imagine are. Defense, for instance. Being resilient or hardy in some way isn’t a role, because it’s ubiquitous. All characters require it in one way or another, the only distinction to be made is how much they prioritize it over other options. In 3.5 D&D for example, healing isn’t a role. It’s just not really possible to consistently heal damage faster than enemies can dish it out. When looking at a role, make sure it isn’t something everyone needs, and make sure that the ruleset supports it and makes it a meaningful choice. Not every option requires its own role.

The roles above seem pretty combat focused, and given that D&D is designed as an action/adventure game, that shouldn’t be too surprising. The reason I laid them out the way that I did was because combat is often where the stakes are highest, and where those expectations become apparent. There are certainly other roles one could occupy, like party leader or quartermaster, each with their own expectations and responsibilities, but they don’t seem distinct to a game of D&D.

So that’s it for roles this week. Next week I’m going to discuss the roles in 4e, and what that says about how we’re thinking about the game. How do you use roles in your game? Do you? If not, why not?