At My Table: We Vote on House Rules

At my table, we vote on the house rules (which can be found here, on our as yet sparse wiki)

I run two 3.5 edition D&D games, and I’ve been running one for about eight years now. The players and characters fluctuate, but I try my best to keep them going. I decided I wanted to use some house rules about two or three years ago, after learning more about how the mechanics fit together on various gaming forums, especially the Wizards Forums, Brilliant Gameologists, and the Gaming Den. Before that I was a little naive. I actually banned monks for being overpowered. It’s okay. I got better.

I had experience with house rules in the past as a player, and they often went unannounced, were executive decisions by the GM, or took the form of extensive “Patch kits”, sometimes in excess of thirty pages. So when I thought about making some, I resolved to try not to do any of that. I wanted them to be light (less than two pages); general, rather than tweaks to specific classes or abilities; and community supported. My general policy is that things aren’t a problem until they’re a problem, which saves me a lot of time not putting out fires that haven’t been lit yet. And realistically, if I couldn’t present a clear enough case for why these house rules would make the game more fun, then we didn’t need them. While doing that, I learned a lot about the benefits of establishing them democratically, and about a few of the challenges involved. 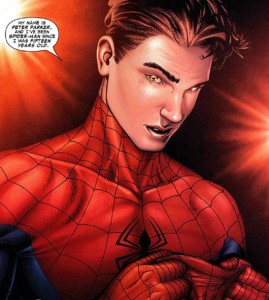 One of the great things about presenting and voting on house rules is the lack of mystery. They’re never a surprise, and the reasons for their implementation are clear, because they don’t go into effect until the group sits down and hashes them out. They’re not mandates handed down from some authority on high, but things that everyone gets the chance to weigh in on them, even after the fact. There are still a lot of aspects of the game which aren’t a democracy, but I find that every bit of control I can place in the hands of the players increases their investment in the game.

I was also surprised to learn that balance was not an issue (and heartened, because balancing 3.5 is an exercise in futility). Because of coaching players toward making more optimized characters and their respect for each other’s roles in the party meant that no one was competing in a way which was causing tension. The thing I really took away from that is that the issues I see in the game are not always the issues with which people are concerned. By voting on house rules, it lets us have fixes that matter to us, rather than fixes for obscure loopholes and non-issues. 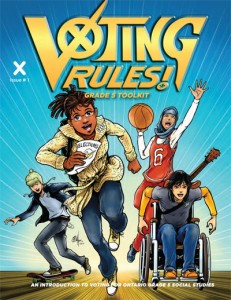 My game doesn't look like this, but one day...

The best thing by far is that including everyone in the decision makes it more likely that everyone gets to play the kind of game they want to. If there are concerns about a house rule, it creates a forum where they’re more than welcome to raise them and I’m more than happy to address them. For example, our MVP vote was tweaked a number of times over the course of a year as we saw how it actually played out. The last addition was the necessity of anonymity for voting, which removed the social pressure that I wasn’t seeing from players having to choose who to support.

There are some challenges with establishing house rules democratically, and the first one I faced is that it meant giving up a bit of control. I’m not the only one who can propose amendments to house rules, and I had to be prepared for that. I definitely think that it was worth it, but I did have to fight that feeling that MY rules were being challenged. One of the responsibilities of the GM is to make rule calls, so I had to learn to listen, rather than think of them as my rules.

Another challenge is that if you propose a number of rules at once, it can mean spending a lot of time in session talking about and debating the finer points of those fixes, which is not always fun for everyone. Some people aren’t concerned with rule changes, or the rule changes barely affect them. And everyone can get a little on edge, because they didn’t come to the table to talk about rules, but to play the game. The best I’ve found to deal with this is to send out emails in advance. What I do now, since I co-ordinate my games through Facebook events, is post a proposed rule change with the vent, so everyone can read it and comment on it, which makes discussion at game time brief.

The biggest challenge by far that I’ve found is that there are a lot of aspects of the game which are not a democracy. We do not vote on rule calls in the middle of game. If we can’t find the text, I make a call and we go with it. If we find that the text contradicts it later, we go with the text, otherwise we stick with the call. The books which we draw on as sources, while up for discussion, are not up for a vote. I’ve found that including third party sources too often results in me having to judge things on a case by case basis, which routinely works out poorly in my experience. It creates questions about favouritism, and I’ve found that what we do use is usually expansive enough to accommodate most any character concept.

So at my table, we vote on house rules, and it works. I should note that we don’t do it very often. We usually have a house rule vote once a year or so, because constantly shifting house rules are just as bad as having too many, I find. How does your group do house rules? What methods are effective, and what have you found doesn’t work as well?