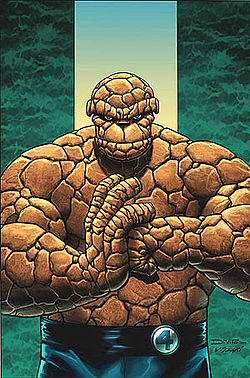 So we’ve talked about what makes someone a hero, and about how to use heroic values to create tension. But what are some heroic values? Today, I have three examples. Next week, I’ll have three more, which should give you plenty to choose from. Remember, not all values are heroic, so it’s important to choose ones which consistently motivate your character to do the right thing, rather than the practical one.

Mercy can be a hard one to stick by, and easily causes the most tension in a group, both with the players and the GM. Of course your character will fight the goblins, but if she insists on not killing them once they’re defeated, what do you do? If you tie them up and leave them in the wilderness, they’re dead anyway. If they’re prisoners, then you have to take care of them, and they might betray you. Killing is something that’s often viewed casually in games, but a hero who values mercy doesn’t see it that way. If someone isn’t a threat to you, even if they were once a foe, there’s no reason to kill them. In fact, if they’re helpless, there’s every reason to defend them, in the same way a hero would defend any other helpless person. It’s important to note though, that being merciful isn’t the same thing as never killing anyone. It’s about not killing people who don’t need it, ie. they’re not a credible threat to you or others. Ultimately it’s up to you to set the boundary for your character, but encouraging enemies to surrender and accepting those surrenders is probably a good place to start.

Despite being inconvenient at times, exercising mercy creates a lot of opportunities for roleplaying. I experienced this myself in a recent game where my character spared a goblin, and convinced the group to orchestrate his rise to power in their ranks. As a result, we managed to use him to talk the goblins into leaving the ruined town we were skulking around in instead of having to fight them or pit them against the dragon we’d discovered sleeping under it, saving even more lives.

Compassion might be the most heroic value, and it’s a component of a lot of the others. Being motivated by compassion means going out of your way to help others in need, and placing their concerns above your own. It’s not just caring about people, but caring about enemies, and the well-being of the world. When people have problems, the compassionate hero looks for ways to solve them, even if there’s no reward. This isn’t to say they won’t 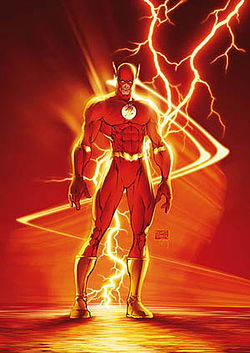 accept one, but that their acceptance has to be in keeping with their compassion, so no gouging.

Compassionate heroes create both tension and opportunities by involving the party in other people’s lives. Whether it’s saving the world or helping out an innkeeper who’s being squeezed by thugs, someone who values compassion will want to do whatever they can. They’re often very sensitive to other people’s feelings, and have highly developed empathy. As a compassionate hero, it’s important to recognize that you can’t save everyone, nor are you compelled to. Spreading yourself too thin won’t help anyone in the long run, and it won’t create more meaningful relationships for your character, either.

When we think about heroic virtues, humility isn’t really the first thing that springs to mind. Knights in shining armour don’t seem very humble. And sometimes they’re not. But humility belongs here because it’s what helps you do the right ting when the only thing in

the way is you. The humble hero knows that sometimes they wind up in over their head, and knows not just when to ask for help, but how. They recognize that they have a lot to learn, and that they can learn those lessons from unlikely places. If being merciful is about valuing life, and being compassionate is about valuing well-being, then being humble is about valuing people’s experience, and not holding yours above theirs.

Humble heroes create tension in the party by not being proud. When the wizard is showing off his new blinged out staff that he seized from the dragon’s hoard, the humble hero just sort of shrugs and moves on to the next task. It can be a bit of a downer. It’s okay to be proud of your accomplishments, just be more interested in what you can do now rather than resting on your laurels. The humble hero creates opportunities for introspection though, for all the characters. what do adventurers do that they’re really proud of? What could they have done better? How can they learn for next time? He humble hero doesn’t just ask these questions, she lives them.

So that’s three values your hero might hold. For a look at how heroic values and heroic thinking applies in real life, check out my other blog, Concept Crucible. I’ll be posting in tandem for the next month, because I think these concepts have a lot of traction not just in games but in reality. Anyway, what are some heroic values someone might have?