The time has come for the third and last of my GMing style posts, and this one’s a doozy. the first thing that I have to admit is that I’m a sandbox cheerleader. I like it, I like what it tries to do, and I think it does a pretty good job. However, I’m not going to let that distract me from the challenges that it presents to a GM who wants to pursue that style. I designed a sandbox setting about a year ago, and run two separate games in it at the moment, and have been for about eight months now. I’ve had to adjust some of the ways I think about the game and the players, and it’s been an interesting experience to do so. That said, this is definitely the style I have the least experience with. This isn’t a post about how to design a sandbox setting, just an analysis of the the strengths and weaknesses of the style. So, sandbox!

What is Sandbox GMing?

The term sandbox comes from the idea that in a sandbox you can go anywhere and do what you like, so in a sandbox campaign, the only story is the one that the player characters make. There’s no track for people to get off of, and at its best it’s an exploration of a vital and robust setting that moves at the players’ pace and in the direction that they want, in accordance with character goals. This means that there’s no way of mapping out the future progress of a campaign, because it’s entirely dependent on the choices of the players, though the future of the setting is a matter of some import, as there need to be enough things going on that people can choose to get involved in them.

Embracing this style means acknowledging that not only will players direct their characters to do things you don’t anticipate, they might direct them to do things you don’t like, such as demolishing the setting’s infrastructure or hanging out in town and becoming embroiled in the political enterprises of a bartender. This is not only fine, it’s expected. If they’re doing that and having fun, then it’s what they want to be doing. As with a semi-linear campaign, you have to be prepared for them to walk away from things. If their method of having fun in the sandbox is interfering with your interests, speak with them out of character and reach an accord, rather than trying to motivate the characters directly, which would impact their freedom.

A sandbox needs to have lots of toys, though. Fiddly bits to interact with, and interesting 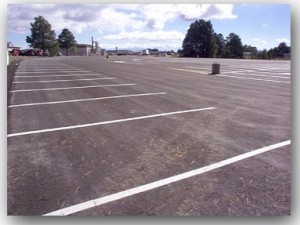 characters. In a sandbox, you can build anything anywhere you want, as long as you put in the work and planning. In contrast, a parking lot is a desolate asphalt landscape dotted with the occasional car, where in principle you can do anything, but in reality there’s very little fun to be had. The key to fun in a sandbox isn’t just freedom but meaningful freedom, where the players can interact with all kinds of setting elements and trust their internal consistency. Settings like Eberron and Ptolus are good examples of this in D&D, and most other pre-published settings demonstrate a similar strength, whether that’s Star Wars or Shadowrun.

The biggest strength of sandbox GMing is the maximal freedom that the players have, due to the decreased restrictions they accept, in comparison to semi-linear and linear GMing. They’re not committed in any way to doing what the GM wants them to do, and instead get to pursue their own goals and set their own win conditions. That kind of freedom removes a lot of pressure to stick to a narrative, both from the GM and from the players. Moreover, in a sandbox, the players are agents instead of being an audience. No longer the protagonists in the GM’s story, as they would be in a linear or semi-linear game, they’re instead the stars of their own story, a tale about how their characters react to an interact with the setting elements. This makes their choices more meaningful by taking them out of the hands of the GM.

However, having no external motivation from the GM can sometimes tie people up with a paralysis of choice. There’s a lot they can do, and it can be hard to get started. One of the ways of dealing with this is working with players to create characters with strong and readily accessible motivations, and encouraging them to leverage their characters’ relationships to get things going. Once they start building ties to the setting, it gets easier and easier for them to keep going. Also, there’s nothing about a sandbox style that says you can’t throw them hooks, it just means that they also get to make their own. The hooks are asking, not telling.

Another issue is that there’s usually no underlying narrative structure. It’s hard to tell the story of Lord of the Rings when the Fellowship decides to set up their own kingdom in Moria. The lack of a track makes it more challenging to have a central theme or direction for a game. The flip side of this is that the theme and direction is provided by the players, which can increase their investment in their goals. They provide their own reasons for doing so. Also, it doesn’t mean that one can’t have narratives occurring in the setting that people can be part of. If a PC gets entangled in a love triangle, there’s a narrative there that’s not governed by the GM but by the dynamics of the characters involved, player or otherwise. 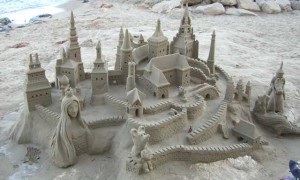 Also, I’m not going to lie, sandbox design is a lot of work. Designing a sandbox campaign probably takes the most time out of the three, because it involves constructing or familiarizing yourself with large sections of a setting. However, once this work is done, it stays. The initial investment is pretty high, but it can pay off for years as people explore the setting and it changes around them, and the setting itself just gets richer and richer as time goes on.

I think sandbox GMing provides the most fun because it lets the players make more meaningful choices than any other style while letting the GM focus on worldbuilding and interaction rather than driving a plot. However, whether the work is worth it or not depends on the scale and scope of the campaign in question. It’s probably not worth designing a sandbox for a one evening game. On the other hand, if you already have a sandbox, you can run as many games in there as you like, and keep evolving the setting and its populace. Next week, I’m going to do an overview of all three styles and see how they can integrate with each other. What experiences have you had with sandbox GMing?