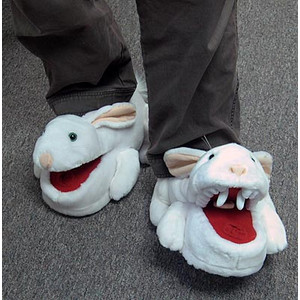 When creating a character, a vision of the future is important. A person’s goals speak to what they want to accomplish, and their methods of doing it tell a story about their motivation and their values. But there’s a need to distinguish between dreams and goals. Goals can be accomplished in the scope of the game, and include steps you can take, but dreams are far more elusive. As a GM, I’m chiefly interested in goals, because those are the things that shape what a character is doing now.

They ate the first caption!

Dreams are the kinds of things that some day, you want to accomplish. We all have dreams. A dream I used to have was being a tenured professor living in a small house across from my university, where I would teach morning classes in a bathrobe and bunny slippers while eating cereal. “Some day,” I’d say. And these are the kinds of dreams characters have. Well, probably not the bunny slippers. But they live in a far off future, often involving retirement or a major life change. Thieves leave behind their life of crime, warriors put up their swords, wizards…Well, let’s be honest, wizards never quit being wizards. Why would they?

Goals, on the other hand, aren’t necessarily more immediate, but they’re more specific. You can lay out the steps to achieving them, and you actively work toward them. You have to be more familiar with them, and want to know even more about them in order to make your strategy work. There are three key questions to ask when setting a goal. “What is it?” “How do I get there?” and “How do I know when I’m there?” Another difference is that dreams tend to take characters out of play. What more do you need, now that your dreams have come true? That’s when you hang up your guns like Gary Cooper, and ride off into the sunset. The game doesn’t end when you achieve a goal. You set another one, and move toward it. 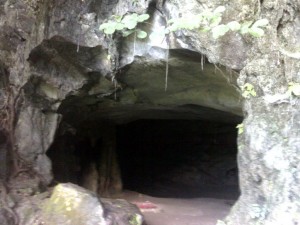 From the GM’s perspective, goals are more valuable than dreams because they help the GM understand what a character will do. There are lots of paths to a far off retirement, but there are far fewer in delving into the Underdoom and reclaiming the blade of their ancestors. The challenges they encounter in the Underdoom are specific, and they’ll develop specific strategies for dealing with them, even the unexpected ones. As the GM, you know that if you show them how something can help them in the Underdoom, they’ll be more likely to bite because it can help them achieve their goal. With a dream, they don’t really want it. No player wants to ride off into the sunset, and why would they? The game isn’t about their retirement, but about the things they do along the way. That’s right, the game is about how they accomplish their goals.

As a player, goals are more useful as well. They help you directly shape your character’s development and the game’s narrative. Dreams do that too, but to a far lesser extent, because they don’t underpin your character’s actions in the same way. It’s harder to pin down what will help you achieve a dream, and it’s not always something that’s under your control. With a goal, you establish control and work toward it, and shape the story by making things happen rather than having things happen to you. It’s more of a burden too, don’t get me wrong. Dreams can always be put off, like that novel you’ve been meaning to write. But goals are immediate and in your face. You know what the steps are, and have to do them. If you don’t know what the steps are, you know you have to find out.

So when getting players to set goals, work with them to make sure that they’re goals, and not dreams. Goals are going to make it a better game for everyone in the long run. This isn’t to say that characters shouldn’t have dreams, just that the difference is really important, and that we shouldn’t mistake one for the other, when they serve a distinct purpose. Also, small celebration for TPK hitting the one year mark! It’s crazy! Anyway, what do you find useful about PCs dreams?