Every time I start a D&D game, I ask for some goals related to the characters involved. Sometimes I get some. Sometimes I get a lot. D&D doesn’t include a lot of character development in the process, like Burning Wheel or Spirit of the Century do, so I think it’s important to add that in. For the next couple of weeks, I’m going to talk about goals for players in D&D and D&Desque games explicitly, what kinds there are, why they matter, and some of the goals which fall short of that kind of game.

What Kinds of Goals Are There? 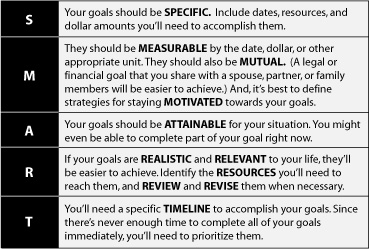 For example, if Claude Monet (all examples will include 19th century French Impressionists or excessive alliteration) has just returned from a late night screening of the Two Towers, and decides that he wants to make a character like Gimli, that’s his metagame goal. He makes a Dwarf Warblade, and takes the Power Attack feat in order to accomplish this goal. Furthermore, he decides on a game goal, which is that his character, le Gimli, wishes to restore the fallen kingdom of the dwarves to its former greatness. This will influence what heroes, and says things about where he wants to go. As well, he has a character goal, which is to continually kill more orcs than Renoir’s character, le Legolas.

The point of the differences is that they have different scopes, and govern different elements of both the character and the game. It’s important to note that every game has at least some of these. At the very least, a game has metagame conditions, like conquering the map (Risk) or running out of cards (Crazy Eights).

Why Goals Are Important

As a player, goals tell the GM what you want, and more importantly, they help you to shape the story. A character who aspires to things will pursue those things, and more importantly, the player will buy into stories or adventures that involve those things. And let’s face it, characters without goals are as boring as people without goals. Even if someone’s goal is “Get as much stuff for as little work as possible”, that’s a goal. Even “Do nothing” is a goal. Neither of them are particularly good goals for adventurers, but we’ll get to why some goals rise above others a little later. But ideally, every story will be shaped by your goals, because if the character can’t answer the question “Why aim with these people doing this thing?” at any given point, something is off. But why do each of the different kinds of goals matter?

Metagame Goals: These goals are the goals by which the character and the player’s playstyle are shaped, and their fulfillment is essential for the accomplishment of the other kinds of goals. Once in place, they establish criteria on which further choices can be judged, such as le Gimli’s resemblance to Gimli. Monet can make le Gimli an Elf Bard, but in doing so he is failing to make a character with a resemblance to Gimli, which means he either needs to revise his character or revise his goal. Being an Elf Bard could inhibit his game and character goals as well, but mustn’t necessarily.

Game Goals: These are the most complicated kind, but also one of those most important. A game goal nudges the whole game in a direction, rather than just your character or your build. If le Gimli’s game goal is as stated, then he will pursue various avenues toward bringing about the ascension of the dwarves. Moreover, if presented with an avenue, he will be expected to take it, because it’s part of his stated goal (though there could be other, more powerful reasons, such as character goals or competing game goals. If le Gimli is Lawful Good, and a Pit Fiend offers to assist him for the mere price of the lives of a dozen innocents, he might refuse on the grounds that it would compromise his character goal not to be a villain). Game goals are the only goals which one hundred percent of the time require the interaction of everyone involved in the game, but we’ll get to that later.

Character Goals: Character goals are likely the most familiar kind, and what they allow for is immediate motivation. Alignment is a character goal (a series of them, really) that states that you would like your character to behave in certain ways. Having character goals helps the GM understand the character to better work them into the story, and they provide motivation for the player to take control of the story in their pursuit. Just like in real life, people are more inclined to go toward something they want as opposed to something they’re generally ambivalent about.

Why Your Character Doesn’t Matter 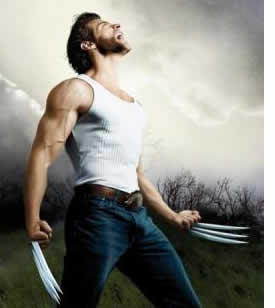 Not strictly true, but a catchy title, and still true in a sense. D&D is not a character driven game. The game is not about one character, but about the actions of a group of people as a whole. I usually refer to the character driven game as playing the Loniest Wolf that Ever did Wolf, but the truth is there are a hundred different ways of doing it. D&D assumes a certain level of buy in, and has to, because it is a cooperative game by nature. And interacting in a cooperative setting means compromising. It doesn’t mean completely erasing all individuality, but also means that building a character with an expiry date isn’t a very good idea. A good example of this is the Evil Character. In D&D, evil is defined as complete self-interest, valuing others only as mere means to whatever end you have in mind. This means that, unless an evil character stops being evil, they will inevitably reach a point where a possible reward is so great that it outweighs the long term value of the party, which means that they must betray the party to fulfill their goal (conflicting goals could override this, but it’s possible to raise the stakes so high that they’d override any conflicting goal), which either leaves the party worse off (usually dead) or the character worse off (again, usually dead). A whole game of evil characters is one designed specifically with that sort of expiry date in mind, and always reaches the point where they betray and kill each other. However, the difference between the evil character and the evil game is that the evil game is done with the consent of everyone involved. Being evil isn’t a character goal, it’s a game goal. Which isn’t to say that this can’t be fun, merely that doing so without the knowledge and consent of the group will often create more issues than opportunities.

Next week we’ll talk about why certain goals aren’t constructive for D&D and other co-operative games, and what to do when they arise, as well as how players can set their own win conditions for these kinds of games.