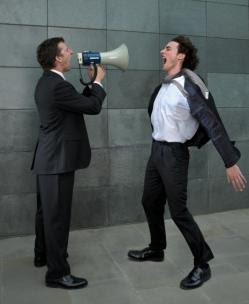 In keeping with the theme of motivation, and adventure hooks, I want to talk about the approach, specifically about the difference between asking and telling. I talked about this almost a year ago on Concept Crucible, my philosophy blog, but it’s worth talking about here too. When the actual hook part comes around, there’s only two approaches you can take. You can ask, or you can tell. Today I’ll dig into the difference between them, and the virtues of both.

Asking someone means giving them a choice, and leaves room for them to decline. Offering a reward is a way of asking, because the characters can choose whether or not to accept the reward, to negotiate, or to refuse. And they might refuse, if they don’t feel the reward is adequate, or if they have other concerns. Asking puts them in control of the situation. It’s possible to look upon this as giving up your own control, but this isn’t control that you actually had in the first place. 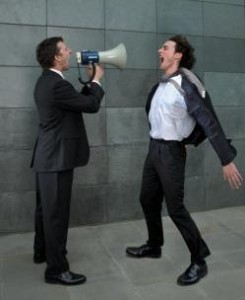 Telling is giving orders or instructions, and involves invoking some kind of authority. This includes people giving orders to the party from authority, but also people exerting leverage on the party, or people threatening them with something. Telling someone to do something means that you won’t take no for an answer. This can work very effectively if the authority is legitimate, such as a cleric taking orders from higher ranking members of their church. I define legitimate authority as authority to which the player has agreed to subject themselves, which isn’t the same thing as authority that the GM thinks they ought to. Roleplaying games are full of characters who are loose cannons and rugged individualists who enjoy bucking authority. Telling is best used sparingly for this reason, as well as that even in a linear style game people will eventually tire of being told what to do. Telling is an action which can undermine people’s autonomy, so be careful.

I say “Be careful,” but not “Don’t do it ever” because understanding the difference between asking and telling can help improve drama and tension in your game and help motivate the characters. If you have a party full of rugged individualists, you can have them be asked, but you can also motivate them by telling them not to do it, or make an action seem less appealing by having someone order them to do it. A lot of this comes from knowing your players and knowing their characters. Take some time and test it out with small things, so that you have a good baseline.

You should also know what you’re asking or telling and most importantly, who you’re asking or telling, not just because different approaches will work better with different characters, but because you need to know if you’re approaching the player or the character. For example, I’m running a Return to the Temple of Elemental Evil game right now, and I asked the players if they wanted to do it, and they agreed. With that in mind, I have also told them to stick to the module, which means not just wandering off to parts unknown. I didn’t tell their characters this though, so we’re finding reasons for them to do things like check out the town of Hommlet and go and visit the moathouse. Players are a different beast than their characters, and they’ll respond in different ways to this, especially since how you ask and tell players can have repercussions on your regular life. 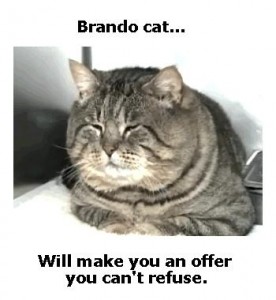 This all seems pretty straightforward, I’m sure, but it’s worth considering because there can be all kinds of complications. For instance, you can’t go back from telling without some intervening action. Once you tell someone to do something, you can’t then ask them, because you’re essentially making them an offer they can’t refuse. This can be useful and good for drama some of the time, but when used a lot, it undermines the players autonomy. You’re not taking the choice away from them, but you’re changing the choice from whether they do it to whether they do as they’re told.

My general policy is to make instances of telling significant, partly from characters’ tendency to want to fireball people who would dare to tell them what to do, but also because I want to make them feel like heroes rather than soldiers. When you’re a hero, people come to you and ask you for things. They don’t presume to order you around. It sets up a situation where a character is respected, and you can see this in movies all the time. Even in movies that are about soldiers, the concept of the volunteer mission is very common. Protagonists have a tendency to exist outside normal structures of authority, which forces people to come to them and say “I can’t make you do this, but your’e the best, and I need you.” This sense of being needed that comes from respectful asking can be a powerful motivation for both players and characters.

Next week, at the request of a reader and in keeping with talking about motivation, I’m going to do a motivation lightning round where I talk briefly about various techniques and feelings I’ve found useful to motivate characters. How do you use asking and telling when you GM?